Critical acclaim is quite rare in Sonic the Hedgehog games. The reception of 3D Sonic games in particular has been mixed at best and negative at worst. The PlayStation 5 version of the latest “Sonic” game, “Sonic Frontiers,” received a score of 72 on review aggregator Metacritic, with several reviewers highlighting the game’s technical faults (including the most egregious instances of pop-in seen in the last decade of video games).

However, despite a simply mediocre critical consensus, “Sonic Frontiers” is enjoying near-universal appreciation among the hardcore Sonic fan community, which includes YouTubers and Reddit users who continue to love the “Blue Blur” and his games despite it all. Sonic aficionados have a special appreciation for “Frontiers” that many others lack.

It’s not simply the passage of time, either; Sonic fans have long been notoriously split on a number of games, from the latest mainline entry, “Sonic Forces,” to the first installments of the Sonic Adventure series, which launched on the Sega Dreamcast over a decade ago. I’ve been a lifelong resident of these areas and a devoted fan of Sonic the Hedgehog. Every Sonic game, even the ones I know to be rather poor, has been played and loved by me to some degree. 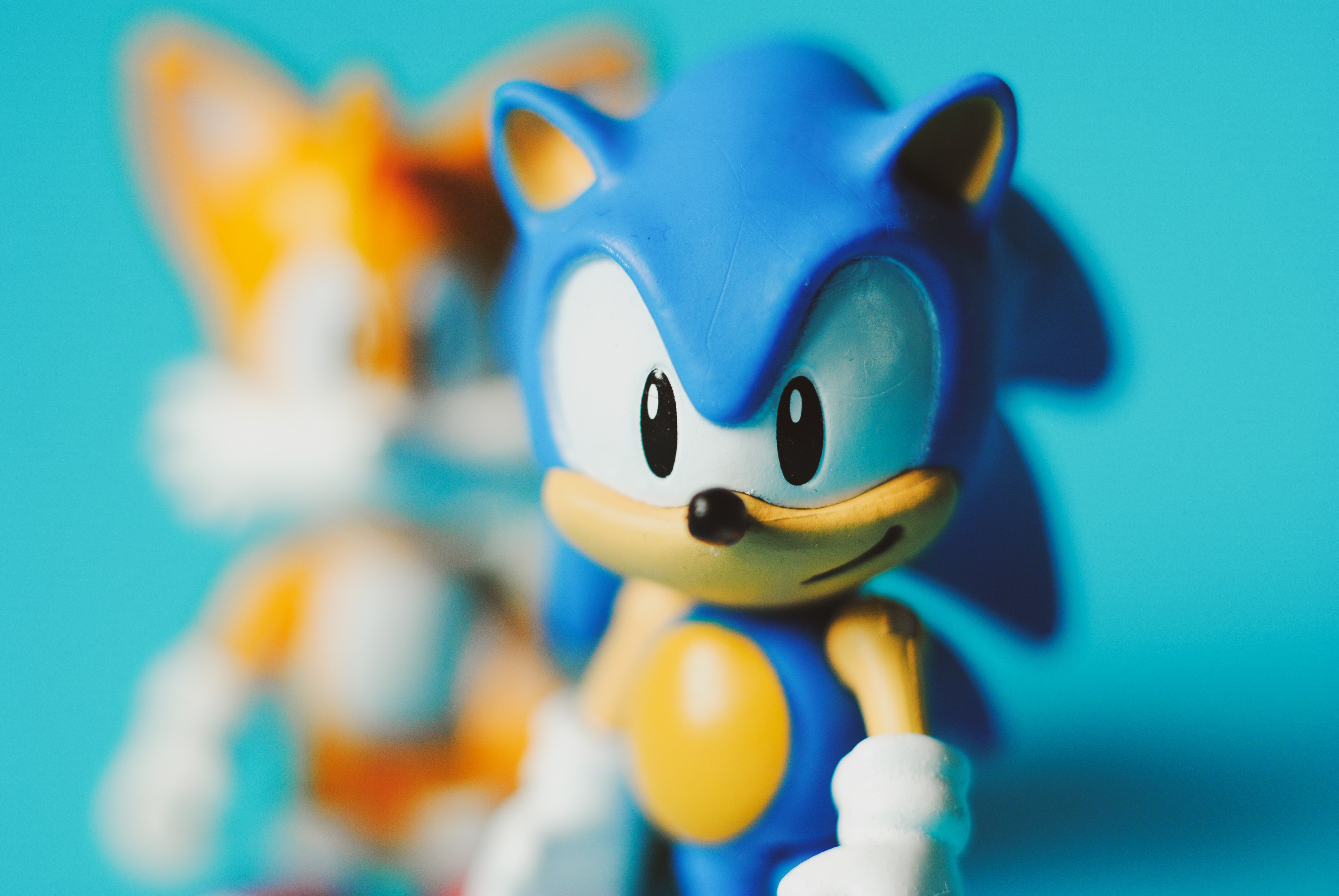 Consequently, I feel I have some credibility as a fan to explain why, despite the lackluster critical reception, “Sonic Frontiers” is a triumph for fans. Take it from seasoned YouTuber and Sonic fan Jirard “The Completionist” Khalil, who recently posted a video in which he exclaimed, “I really loved Sonic Frontiers.” Me too.

1. It’s a True Return to The ‘adventure’ Formula

Like “Frontiers,” “Sonic Adventure” combined two distinct Sonic play styles when it was published in 1998, at the forefront of the 3D revolution in digital entertainment. The majority of the game has Sonic racing around meticulously crafted tracks that were designed to seem like classic 2D Sonic levels while yet providing him plenty of room to maneuver.

The Sonic Team devs almost got it right off the bat; tweaks to the gameplay and visuals are all that is needed. The majority of Sonic games since “Frontiers” have adhered to this model. The other, more irritating elements were the central, freeform areas. They were unengaging and simply served to contrast Sonic’s fast-paced gameplay with the freedom given by other 3D games at the time, such as “Super Mario 64’s” enormous, vertical environments.

One way “Frontiers” addresses this problem is by transforming the hub zone into a series of jungle gyms through which Sonic can race. Once the player encounters a sequence of jumps and obstacles, the camera will lock into set angles, removing any camera-related difficulties from the navigation process. This is the first video game in which players may control Sonic the Hedgehog as he leaps over cliffs and speeds through fields,

just like he did in the iconic opening sequence of the “Sonic CD” animated series. The player’s agency is recognized for the first time in a video game since “Sonic Adventure.” Sonic video essayist Chaomix commented in his YouTube review, “I haven’t felt this much freedom since the Sonic Adventure games all the way back on the Dreamcast.” In those moments, I would completely shut off my mind and enter a state of flow.

2. The Storytelling in ‘Frontiers’ Is Stirring and Reverent

Since Sonic games’ narratives have never exactly been praised, several players were worried that “Frontiers” might follow this tendency. Ian Flynn, a comics writer who worked on “Frontiers,” told IGN that the dialogue he worked on was created in response to characters, arcs, and plot beats fed to him by the developers, leading some to speculate that Flynn, a well-liked and respected member of the writing community, may not have played a significant role in the game’s narrative. 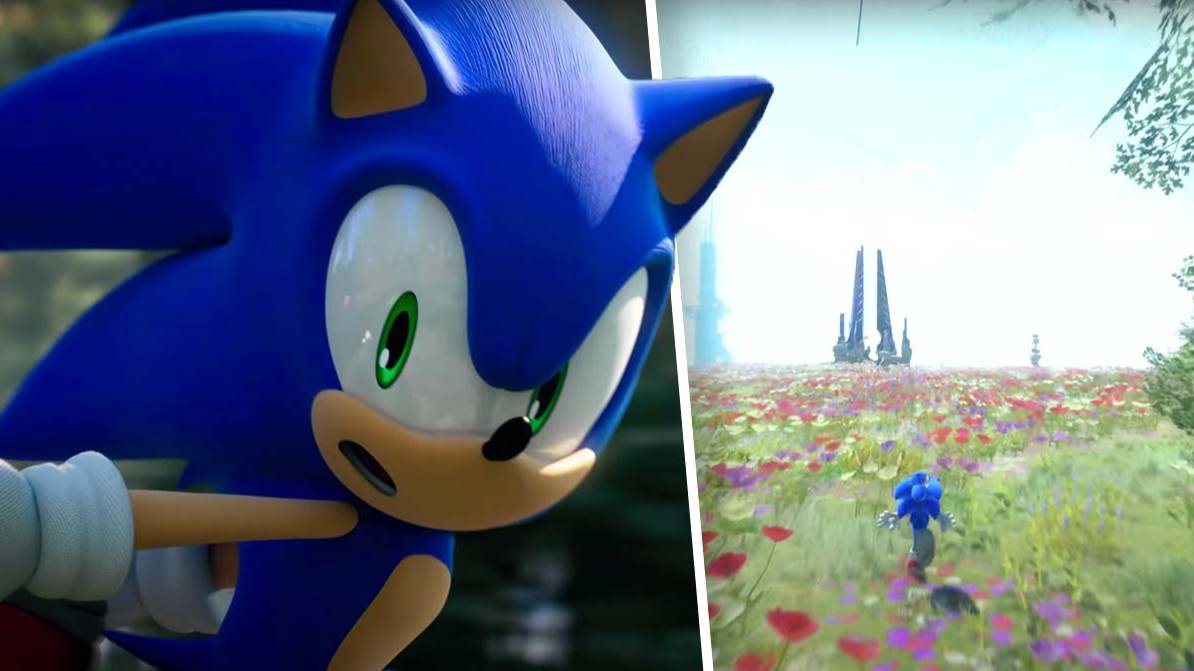 This final output strongly suggests otherwise. In the 1990s, the West was sold on the idea that Sonic was a rebellious hero. His irreverent nature was only one part of his personality in the original Japanese novel. Sonic was essentially a carefree, self-reliant, and proactive character who would intervene if he spotted wrongdoing, such as when he witnessed harm being done to the environment or other animals.

“Frontiers” plays like a game that honors that initial intent. Tails, Sonic’s trusty companion for the past decade, opens up about his desire to establish his own identity apart from his longtime friend Sonic. Sonic’s longtime girlfriend Amy Rose had been portrayed as obsessed with Sonic in the past, but in “Frontiers,” the two talk like old friends who are both emotionally mature for their age.

In addition to being a crazed cartoon bad guy, Dr. “Eggman” Robotnik is genuinely fascinated by the scientific elements of the game’s settings. As he forms a paternal bond with Sage, a new character in the game, he also emerges as the story’s emotional center. Even the origin of the name “Eggman” is revealed. Beyond this, the language makes multiple references to past events during Sonic’s three-decade career in games.

Sonic grows nostalgic for past areas he’s visited; Tails recalls the logistics of old conflicts. While the “Sonic Frontiers” plot may appear ridiculous at first glance, dedicated fans of Sonic’s games will view it as more than simply fan service and appreciate the recognition. It even goes all the way back to the original Adventure series over two decades ago to finally disclose the origin story of the villains from those games.

Games Prison, or Fadel. It’s evident many critics didn’t truly comprehend what the tale means to fans, and how much Flynn and the writing staff honored the series’ past, according to Ragheb, a 26-year-old YouTube and Twitch celebrity who covers all things Sonic. Ragheb remarked, “There are elements and changes we’ve realized about these people that have concerned us for a long time.”

As one reviewer put it, “this game wants to shatter them so badly” since “Tails being a coward,” “Knuckles being stuck to Master Emerald,” and “Amy only being a love interest” are all stereotypes that have been established about these characters over the course of the series.

The Sonic controls have been criticized in many “Frontiers” reviews. I and I think many other Sonic fans, don’t share that view because we’ve all dealt with and learned to love the floaty, jerky controls of earlier games in the series. Given Sonic’s exceptionally quick mobility among video game characters, it’s a miracle that his movement is as legible and apparent as it is in “Frontiers.”

There’s a snappiness and weight to Sonic’s jumps that have been absent in earlier games, even in the recent “Sonic Forces.” The 2D stages in “Forces” gave Sonic too much velocity, and his falls from the highest jumps were excessively fast. Sonic’s weight and momentum feel spot on in “Frontiers,” and the game’s options let players fine-tune their movement rate, spin speed, bounce height, and acceleration to their liking.

Spelling the word "loop" with the Cyloop because Sonic simply controls that damn well #SonicFrontiers pic.twitter.com/bCsyXjcaKs

Because of this, “Sonic Frontiers” may be customized in ways never previously seen in the Sonic series, making it akin to Gran Turismo in the racing game genre. Using Sonic’s full body to write in cursive is possible thanks to the game’s responsive controls, as shown in the tweet below by 2D action game designer and user CryoGX.

The soundtrack from Mario and Sonic is a great example of the disparity between the two franchises. It’s not uncommon for big bands, gypsy jazz, and ragtime piano tunes to appear in Mario game soundtracks. Like a Scott Joplin album or a boisterous Frank Sinatra medley, Mario’s music has a timeless quality to it. As a counterpoint, Sonic has been around since 1992 and was intended to represent the future of video games.

He was the sassy hedgehog. Any animal that exudes a laid-back, nonchalant attitude owes a tribute to the Blue Blur, who has had an incalculable impact on mascot design. Even in the 1990s, his music was reflective of contemporary trends, conjuring the new jack swing sound that was all over the radio and video channels at the time.

The show “Frontiers” is respectful of this custom. Electronic dance music for its linear stages, a jazzy lo-fi trip-hop beat for its fishing minigame, and erratic screamo metal for its enormous boss battles set “Frontiers” apart from 2017’s “Super Mario Odyssey,” which pays respect throughout to swing music and the big band era. It has one of the better soundtracks of this generation of consoles, and it’s varied and upbeat.

Music by Tomoya Ohtani, Kenichi Tokoi, and Takahito Eguchi is hard to criticize, even if the game’s mechanics and narratives fall flat. It’s safe to assume that if you threw any of these dance tunes into a set in a New York City club, the crowd wouldn’t have a clue that it was sampled from a Sonic the Hedgehog game. That’s what makes the Sonic environment so appealing. Not to mention, in regards to boss fights…

5. ‘Frontiers’ Has the Best Battles Synced to Music Since ‘Metal Gear Rising

It’s become a popular meme to cry “Rules of Nature” when electric exciting action is happening everywhere. It’s a track from Platinum Games, the studio responsible for creating Bayonetta and “Metal Gear Rising: Revengeance” in 2013. The game’s soundtrack would change in real-time in response to your on-screen activities.

When the protagonist, Raiden, swung over colossal robots and sliced them in half, the vocalist would abruptly yell “Rules of Nature.” The meme exists because such moments were unforgettable. At least three or four such instances occur in “Sonic Frontiers.” The “Rules of Nature” sequence from the Dragon Ball anime series is evoked in the “Frontiers” score, when Super Sonic, the hedgehog’s superpowered form modeled after the “Super Saiyan” transformation, fights titan-sized robots.

The action sequence is driven by the player, with button presses timed to coincide with the fall of a metal barre chord, and the lyrics urging the player to “break through it all and don’t look down.” This is uplifting, encouraging material. Fans of Sonic the Hedgehog should play “Frontiers” because it features some of the most impressive battles ever seen in a Sonic the Hedgehog video game.

It’s true that “Sonic Frontiers” doesn’t have the polish of a high-end game from today. The simplicity of it is comical when compared to more complex games like “God of War Ragnarok.” In addition, it exudes a desire to please that is difficult to dismiss, especially if you’ve been rooting for the hedgehog for a long time. We don’t expect “Sonic Frontiers” to receive any accolades, but that’s okay. If you’re a fan of the hedgehog, playing this game is like getting a nomination for a Nobel Prize.

History of Black Friday: The Dark Truth Behind The Name!

All 8 Ominous Yellow Stakes To Open The Pokemon Scarlet and Violet Icerend Shrine!

LG Display Has Come Out With Thin Speakers That Can Be Hidden Inside Cars!