Skip to content
Home Technology Intel Reports That Their Deepfake Detector Has A 96% Success Rate!

The creepy ramifications of Deepfake technology, in which one person’s likeness is digitally superimposed over another, are numerous. According to Intel, its new Deepfake detection technology, FakeCatcher, can identify a Deepfake video 96% of the time.

Furthermore, Intel claims that FakeCatcher is the first of its kind because it can function in real-time to detect Deepfake films. It has been reported that FakeCatcher has a 96% success rate in detecting phony likenesses by scanning the pixels in a video to gather data on the delicate blood flow dynamics on a person’s face.

Then, a deep-learning AI can tell if the resemblance to the topic is genuine. Intel researchers Ilke Demir and Umur Ciftci from the State University of New York at Binghamton used Intel technology to create FakeCatcher.

“Deepfake videos can be seen just about anywhere these days. According to Intel Labs senior staff researcher Ilke Demir in an Intel news release, “You have undoubtedly already seen these; films of superstars doing or saying things they never actually did.

While FakeCatcher is located on a server, it interacts with videos using a web-based interface. Intel claims that its technology takes a different tack than other deep-learning-based detectors by actively seeking out authentic content in videos.

During an interview with VentureBeat, Demir spoke on how photoplethysmography (PPG) is used to measure the rate of change in blood flow in human tissue and how this informs FakeCatcher’s methodology.

If a real person is shown on screen, the microscopically minor color change of their tissue caused by the circulation of blood through their veins can be seen. This skin tone shift cannot be faked using a deep learning system (at least not yet). It appears that Deepfake technology has advanced in recent times. 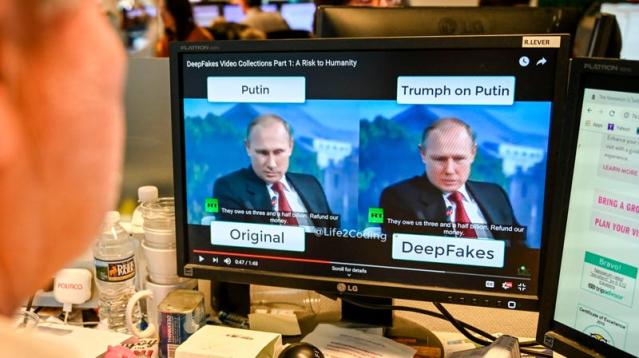 The FBI noticed a rise in complaints this summer about people using Deepfake to apply for remote jobs, particularly focusing on voice spoofing, according to the bureau’s Internet Crime Complaint Center report. Patrick Hillman, CCO of Binance, claimed in a blog post in August that hackers had been stealing his digital picture in order to pose as him at conferences.