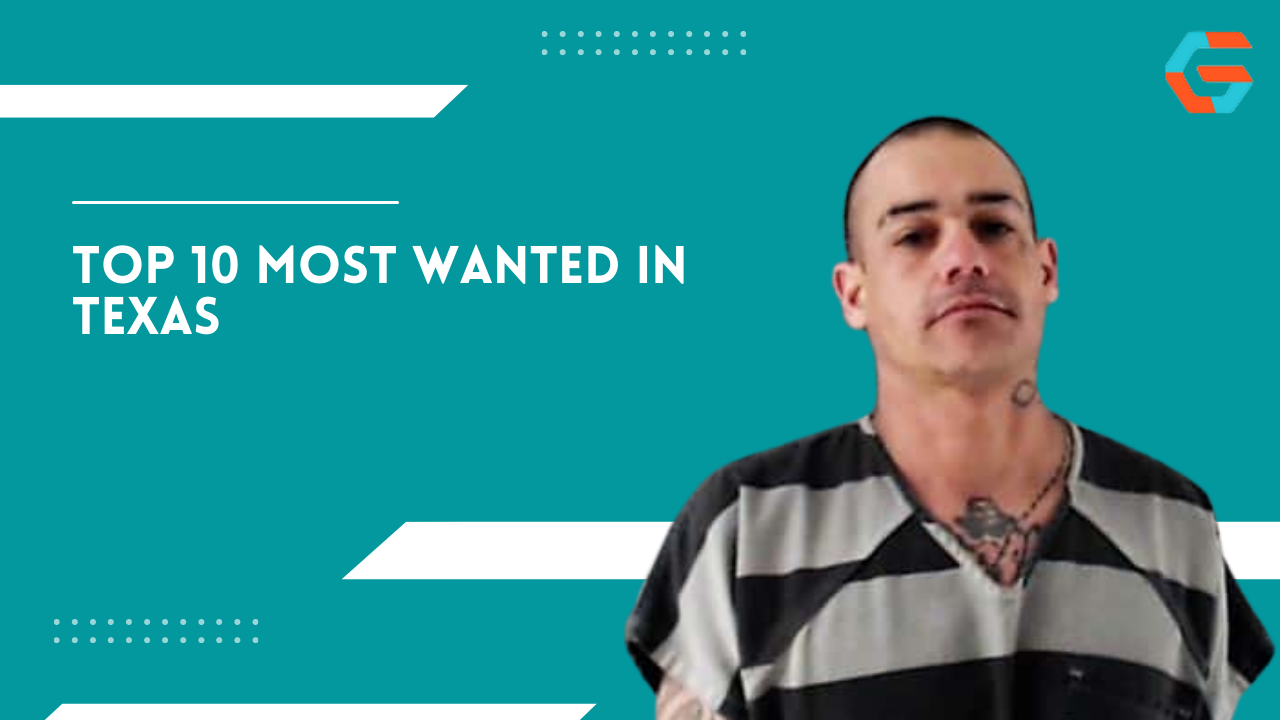 The Texas Department of Public Safety, in collaboration with the Governor’s Office, recognizes fugitives and wanted sex offenders who represent the greatest threat to public safety in the state.

Individuals who give information that leads to the arrest of one of these fugitives or sex offenders will be eligible for a monetary reward in the amount set for each person.

Each month, one fugitive or sex offender will be “Featured,” with the prize for information leading to an arrest being enhanced.

The top ten most sought criminals in Texas are listed below. 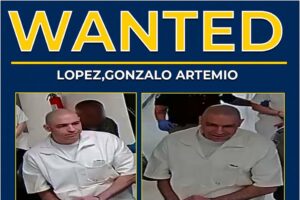 Gonzalo LOPEZ assaulted a correctional officer on a TDCJ prison bus on May 12, 2022, and then escaped from detention near Centerville, Texas. LOPEZ has ties to the Mexican Mafia and the Rio Grande Valley, as well as San Antonio. LOPEZ was convicted on two charges of aggravated assault in 1996 and sentenced to eight years in prison.

LOPEZ was sentenced to life in prison in 2006 after being convicted of Capital Murder and Aggravated Kidnapping. He was also given another life sentence in 2007 after being convicted of Attempted Capital Murder. LOPEZ’s arrest warrants for Escape and Aggravated Assault Against a Public Servant were issued by the Leon County Sheriff’s Office on May 12, 2022. 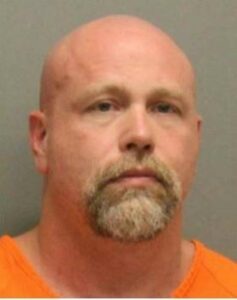 BOONE, David Daniel, is a member of the Texas Aryan Brotherhood and has ties to Johnson and Hood counties, as well as the cities of Cleburne and Granbury. BOONE received a nine-month sentence for Unauthorized Use of a Motor Vehicle in 2004. He was convicted of Possession of a Controlled Substance the next year and sentenced to two years in prison.

He was sentenced to 40 years in a TDCJ jail after being convicted of Possession of a Controlled Substance with Intent to Deliver in 2008. In 2014, he was granted parole. The Texas Board of Pardons and Paroles issued a Parole Violation warrant for BOONE’s arrest on October 14, 2020.

The Johnson County Sheriff’s Office also issued two felony warrants for his arrest on February 8, 2021, for Aggravated Assault with a Deadly Weapon and Assault of a Family/Household Member by Impeding Breath/Circulation.

Related: List of Crime Series Coming on Netflix in 2022 and Beyond – Bizarre Crime Series Fans Are Eagerly Waiting For 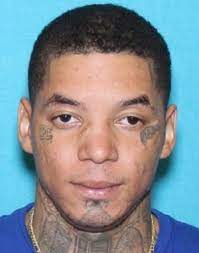 Elijah MCDANIEL is a Crips gang member with connections to Dallas, Texas. MCDANIEL was found guilty of Assault on a Security Officer, Abandoning/Endangering a Child by Criminal Negligence, Burglary of a Habitation, and Evading Arrest in 2016.

He was sentenced to TDCJ for seven ten-year sentences and a one-year sentence to be served consecutively. In July 2021, he was granted parole. He was arrested for misdemeanor assault in September 2021 and sentenced to six months probation. The Texas Board of Pardons and Paroles issued a warrant for MCDANIEL’s arrest for Parole Violation on September 2, 2021.

In addition, the Dallas County Sheriff’s Office issued an arrest warrant for him on September 27, 2021, for Aggravated Assault with a Deadly Weapon. 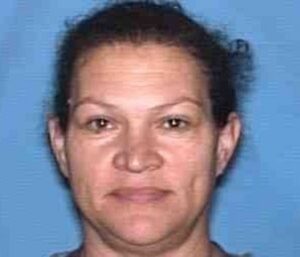 Margaret Lorrain SMITH is accused of paying a guy to assassinate her husband, George SMITH, on Aug. 6, 2007. SMITH allegedly brought George to Surfside Beach, Texas, late at night and left him sitting in the sand as the man she hired to beat him to death with a metal item, according to an inquiry.

In September 2007, SMITH and the man she hired were charged with murder. SMITH has been on the run since Aug. 11, 2009, when she fled the Brazoria County region while on bond before the start of her trial. SMITH was last seen getting into a maroon four-door automobile, probably a Lincoln Continental, at a Walmart in the San Antonio region on camera.

A $5,000 reward is also being offered by Brazoria County Crime Stoppers for information leading to SMITH’s arrest, in addition to the Texas Crime Stoppers reward of up to $7,500. 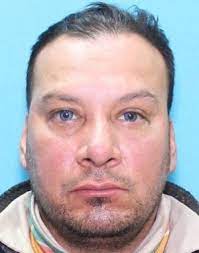 Raynaldo Tijerina is from San Antonio, Texas, and is a member of the Tango Blast gang. Tijerina was found guilty of murder in 1995 and sentenced to 30 years in TDCJ.

He was convicted of manslaughter and sentenced to 15 years in jail while detained. In January 2017, he was granted parole. The Bexar County Sheriff’s Office issued two warrants for Tijerina’s arrest on October 21, 2021, for Invasive Visual Recording and Possession of Child Pornography, respectively.

In addition, the Texas Board of Pardons and Paroles issued a warrant for his arrest for Parole Violation on November 29, 2021.

Related: 10 Top Most Famous Hollywood Celebrities Child Actors Then and Now – Check Out! 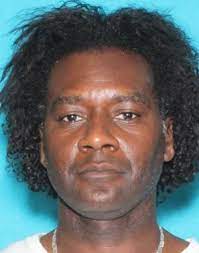 Quincey PARKER is a Crips gang member with connections in Fort Worth, Dallas, and Houston, Texas. PARKER was sentenced to five years in prison after being convicted of Possession of a Controlled Substance in 1995.

He was found guilty of murder in 1998 and was sentenced to 40 years in prison. In March of 2018, he was granted parole. PARKER was arrested for Parole Violation on October 13, 2021, by the Texas Board of Pardons and Paroles.

A warrant for his arrest for murder was issued by the Fort Worth Police Department on March 7, 2022. 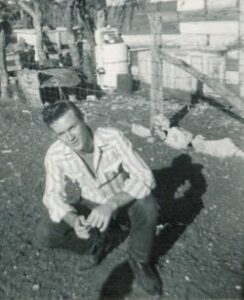 On May 24, 2022, Bobby HOLLON, a Texas 10 Most Wanted Fugitive, was apprehended. DPS Special Agents, the Sweetwater Police Department, and the Nolan County Sheriff’s Office located and arrested HOLLON at a residence in Sweetwater, Texas, based on investigative information.

HOLLON was convicted of robbery in 2006 and sentenced to 20 years in TDCJ. In 2014, he was released on parole. He was convicted of Evading Arrest with Prior Conviction three years later, in 2017, and served time in the Nolan County Jail before being transferred back to TDCJ.

In 2019, he was granted parole. HOLLON had been on the run since the Texas Board of Pardons and Paroles issued a Parole Violation warrant for his arrest on August 30, 2021.

Because the arrest was not made as a result of a tip from Texas Crime Stoppers, no reward will be given. 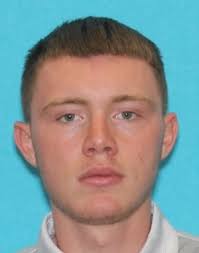 Tanner LERMON is a Crips gang member with ties to Lubbock and Amarillo, Texas. LERMON was found guilty of Possession of a Controlled Substance and sentenced to 110 days in prison in 2019.

He was convicted of Theft of Property in 2020 and sentenced to seven months in prison. He was arrested in Hudspeth County in December 2020 for Aggravated Assault with a Deadly Weapon, Aggravated Robbery, Unlawful Possession of a Firearm by a Felon, and Unauthorized Use of a Motor Vehicle, among other charges.

After that, he was released on bond. The Lubbock County Sheriff’s Office issued a warrant for LERMON’s arrest for Manslaughter on November 24, 2021.

Related: Most Richest Actors in the World: Updated List Of The Wealthiest Actors In The World!! 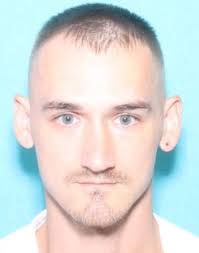 Claude Bark has ties to the city of Splendora in Montgomery County. He has ties to the state of Michigan, as well. BARK was found guilty of Assault Causing Bodily Injury in 2010.

He was found guilty in 2014 of two counts of burglary, theft of a firearm, and evading arrest/detention using a vehicle. He was sentenced to TDCJ for two eight-year sentences, a two-year sentence, and a six-month sentence.

The Texas Board of Pardons and Paroles issued a warrant for BARK’s arrest for Parole Violation on February 1, 2021. In addition, the Harris County Sheriff’s Office issued an arrest warrant for him on March 29, 2021, for the Assault of a Family/Household Member with a Prior Conviction. 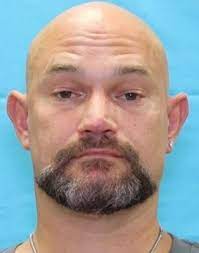 Jason Elliott is a member of the Aryan Brotherhood of Texas gang, and he is from Corpus Christi. After being convicted of Burglary of a Habitation in 2001, Elliott was sentenced to four years in TDCJ.

He was also found guilty of Credit Card Fraud, Theft, and Burglary of a Building in 2002. In 2006, he was convicted of Burglary of a Habitation for the second time and sentenced to five years in prison.

He was found guilty of Aggravated Assault with a Deadly Weapon in 2019 and sentenced to two years of probation. The Nueces County Sheriff’s Office issued a warrant for Elliott’s arrest for Probation Violation on June 10, 2021.