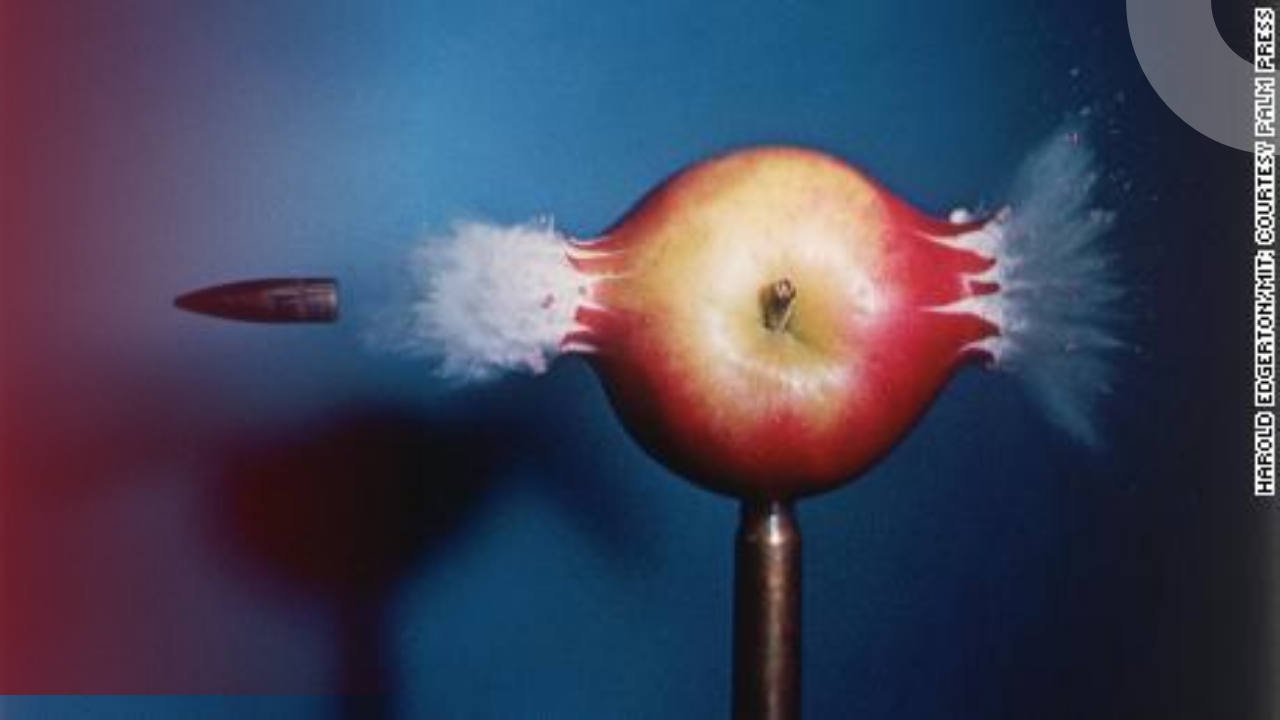 The Photograph that Stopped Time: “How to Make Applesauce”

Harold “Doc” Edgerton’s 1964 photograph of a.30-caliber bullet tearing through an apple captured an otherwise unseen moment in mesmerising clarity. The tableau took on a calm, sculptural beauty as the apple’s peel disintegrated against a backdrop of deep blue.

The image is largely regarded as an artistic creation. More importantly, it was also a triumph of electrical engineering, according to its inventor. Longtime Massachusetts Institute of Technology (MIT) professor used it to illustrate a lecture titled “How to produce applesauce” in which he described the innovative flash technology that enabled him to snap the photograph.

Edgerton, who passed away in 1990 at the age of 86, is regarded as the founder of high-speed photography. His stroboscopic flashes, a forerunner to modern-day strobe lights, produced bursts of light so brief that a well-timed snapshot taken in an otherwise dark area made it appear as though time had stopped. The outcomes were intriguing and frequently chaotic.

J. Kim Vandiver, his former student and teaching assistant, remembered during a video conference from Massachusetts, “We used to joke that it took a third of a microsecond (one millionth of a second) to snap the image, but all morning to clean up.”

While early camera operators experimented with pyrotechnic “flash powders” that combined metallic fuels and oxidising ingredients to produce a brief, bright chemical reaction, Edgerton, who was born in Nebraska, invented a flash that was considerably shorter and easier to manage. His innovation had more to do with physics than chemistry: In the 1920s, after his arrival at MIT, he created a flashtube filled with xenon gas that, when subjected to a high voltage, caused electricity to leap between two electrodes for a fraction of a second.

Edgerton had created a microflash that utilised air rather than xenon by the time he snapped his now-famous apple photograph. He had also created iconic images spanning decades, including hummingbirds in flight, golf clubs striking balls, and even nuclear bomb explosions. Edgerton created a special “rapatronic” — or rapid electronic — camera for the Atomic Energy Commission that could adjust the quantity of light entering the camera during explosions during World War II.

“Napalm Girl” at 50: The story of the photograph that defined the Vietnam War
Yet, his bullet photographs from the 1960s were among his most iconic. According to Vandiver, who currently teaches mechanical engineering at MIT, the challenge was not producing a flash, but rather triggering the camera at the precise moment. Edgerton employed the sound of the bullet itself as a trigger since human reactions were too sluggish for manual photography.

Vandiver stated, “There would be a microphone outside the frame, right below.” “Therefore, when the bullet’s shock wave struck the microphone, the microphone triggered the flash, and you then closed the shutter.”

Making of an icon

Edgerton and his students used a gun to shoot bananas, balloons, and playing cards over the years. According to Vandiver, the apple, along with a 1957 photograph of a splashing milk droplet, is one of Edgerton’s signature photographs in part because to its simplicity. He stated, “It captures your imagination… and you quickly comprehend what it is.”

There was also Edgerton’s aesthetic eye to consider. The compositional brilliance of his photographs led to their publication in newspapers and publications around the world, and the Smithsonian American Art Museum currently holds more than 100 of his photographs. However, Edgerton refused the added title.
“Don’t portray myself as an artist,” he was quoted as saying. “I am an engineer. I am solely interested in the facts.”

While Vandiver acknowledged that Edgerton’s photography-advancing visual experiments left a “artistic legacy,” his research has also had a significant impact on science and industry. The Edgerton Center at MIT, created in his honour in 1992, perpetuates his hands-on methodology. The director of the institution, Vandiver, stated that every pupil is encouraged to take their own bullet photograph.
“We continue to teach the course, and students continue to conceive of strange things to photograph,” he said, citing recent photographs of bullet-riddled lipstick and coloured chalk. “Apples are now mundane.” 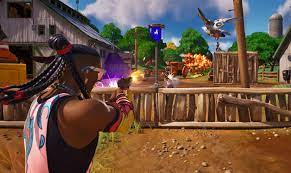 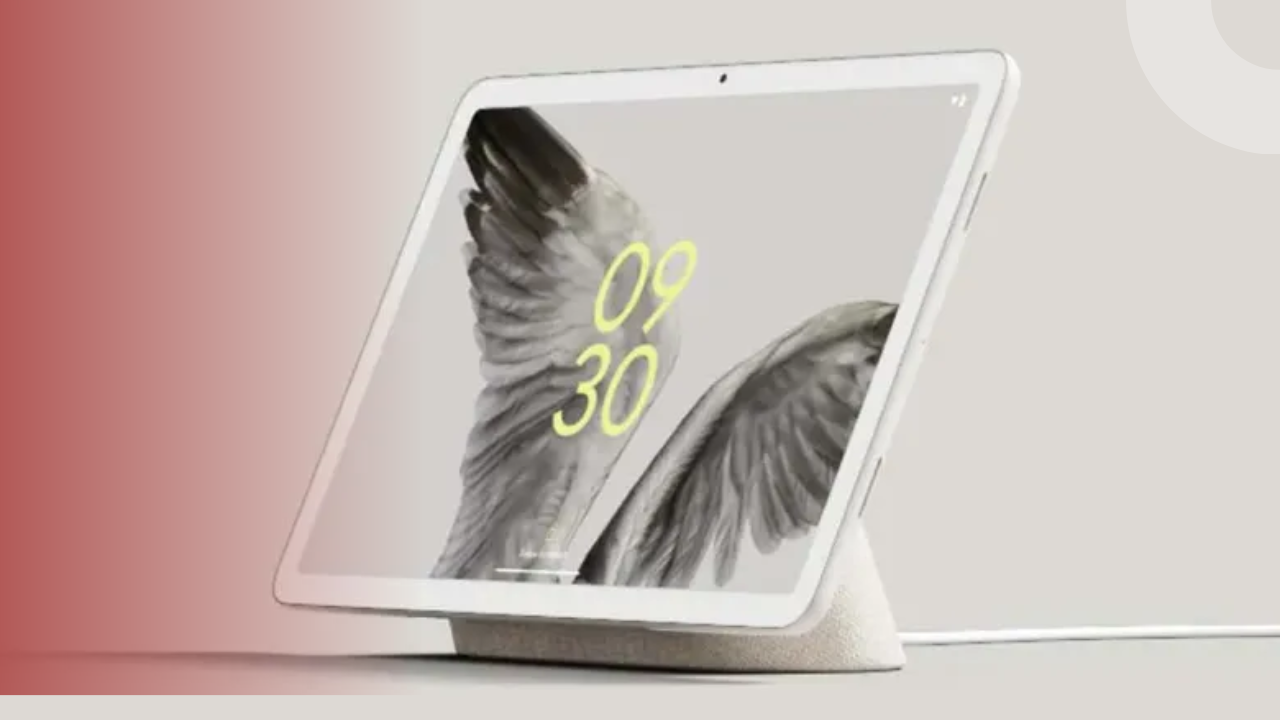 A questionable listing reveals the first images of the forthcoming Google tablet.… 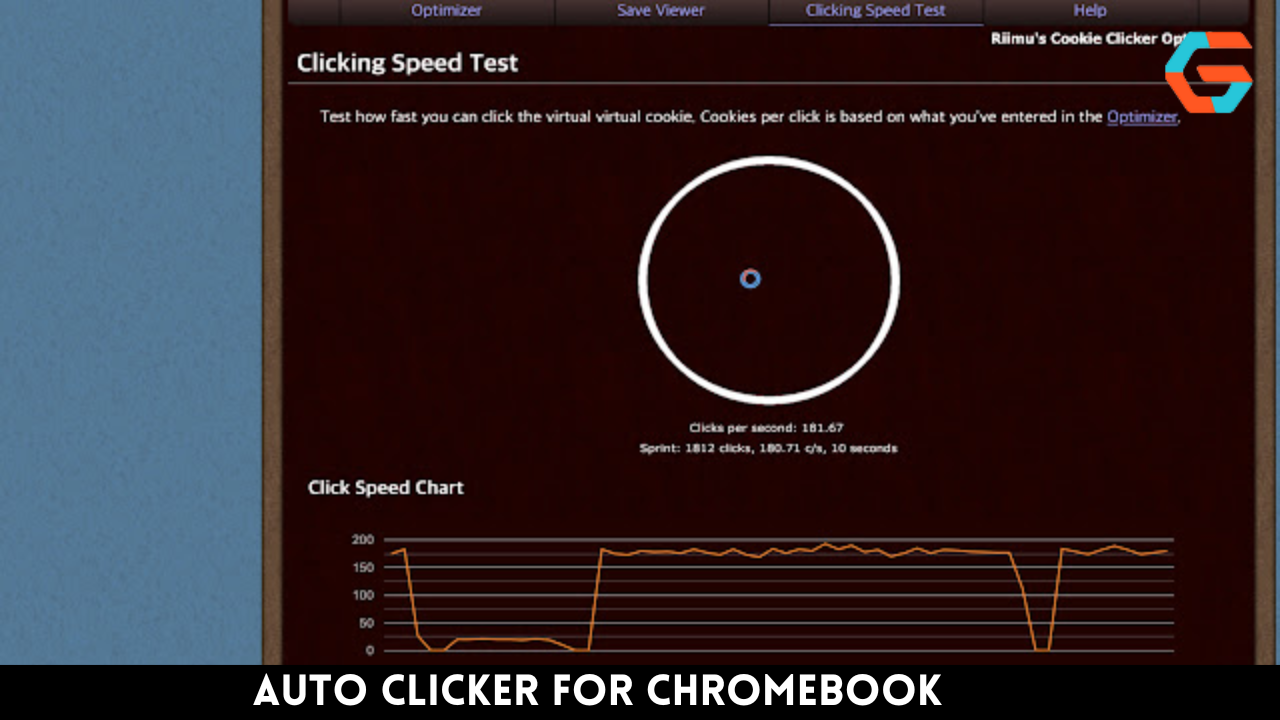